Why India’s Richest Are Seeking Citizenship In Cyprus 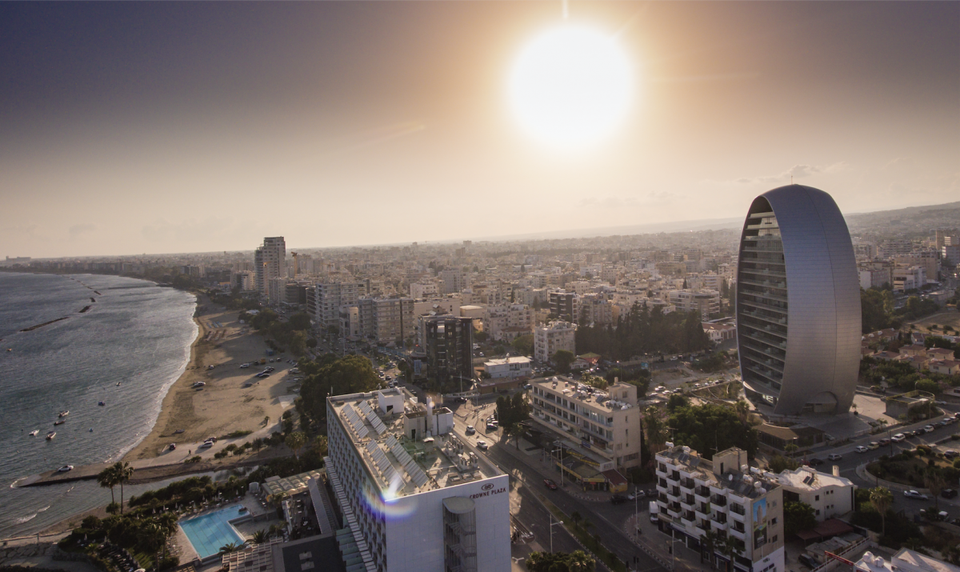 India’s wealthy have long coveted foreign passports. Some see it as a ticket to easier tax regimes and more business-friendly climates. For others, it’s the desire for a more western lifestyle or the ability to study, work or travel abroad with ease. For rich Indians looking for citizenship or permanent residency in a European nation, the scenic island country of Cyprus in the Eastern Mediterranean is becoming an increasingly popular choice, thanks to its “golden visa” program, where residency or citizenship can be acquired via investment.

Perhaps the most high profile Indian to opt for Cypriot citizenship in recent times is real estate tycoon Surendra Hiranandani, co-founder of the Hiranandani Group; a Forbes Billionaire, and one of India’s richest businessmen. His reason: the ease of doing business.

“If I had a chance to speak with Prime Minister Narendra Modi today, I would urge him to do something about improving the ease of getting various permissions for the real estate sector. Then, of course, there is the major problem of the rate of interest the builders are charged,” he said in an interview with the Mumbai Mirror, lamenting the state of the construction business in India.

Interestingly, Cyprus seems to appeal not just to high net worth Indians in India, but equally to wealthy Non-Resident Indians (NRIs) in cities like London or Dubai.

Another famous Indian to recently take on Cypriot citizenship is Anish Bhatt, better known as Watch Anish. He’s the founder of one of the world’s foremost watch and lifestyle magazines, with close to two million followers on Instagram.

Speaking to me from Cyprus in a telephone interview, when asked why he made the switch, he said the biggest draw was the quality of life the move offered. “I travel so much for work, I barely get to spend 60 days a year with my wife and daughter. Those 60 days at home are now in a place with constant sunshine, swimming pools and easy access to the most beautiful beaches in the world, instead of in an apartment in a dreary, hectic city. London was also getting more and more dangerous and I wanted a better quality of life for my little girl.”

The island’s more tax-friendly business climate and varied investment opportunities are an added bonus for new businesses. “It really worked well because the tax system in Cyprus is very easy to work with. Plus with all the new infrastructure and development coming up, I’ve also discovered many promising new investment opportunities,” Bhatt said.

When asked what the process of getting his Cypriot passport was like, Anish explained, “While it may seem daunting to make the switch to a whole new country, it can actually be a very smooth process–you just work with consultants that specialize in enabling your move.”

To find out more, I spoke with Dillon Bhatt, head of international business development at Millwood Kane International, the real estate investment firm that worked with Watch Anish to facilitate his move.

Currently based out of London and Cyprus, the firm specializes in assisting high net worth individuals with the Cypriot citizenship-via-investment and residency-via-investment processes. Now the firm also has a growing presence in Mumbai, because a large portion of their clients are Indians.

Cyprus offers the quickest route to European citizenship through the investment program,” Dillon said. “The investment can be made by a purchase of a €2 million home in Cyprus, or an investment of €2 million into land development, infrastructure projects, hospitality, businesses, or even funds in Cyprus with an additional €500,000 + VAT invested in a home.”

For a Permanent Residency Visa, “applicants are required to invest €300,000 plus VAT in real estate, and comply with basic minimum annual income criteria,” he explained. “There’s no obligation to reside in Cyprus, a short visit once in two years is sufficient; and after seven years of residency in Cyprus, you are entitled to apply for naturalization and obtain a Cyprus passport.”

In either case, the process usually takes “approximately three to six months,” according to Dillon.

What are the benefits?

“Once you have Cypriot citizenship or residency, as long as you spend at least 60 days a year in Cyprus and less than 183 days in any other country, you are eligible to be a tax resident in Cyprus, which can be extremely tax efficient for most people making the switch,” Dillon explained.

“Cyprus has one of the lowest corporate income tax rates in the EU, at 12.5% which can be further reduced to as little as 2.5% by applying Notional Interest Deduction (NID). Also, there is no capital gains, inheritance or estate tax, and significantly, there is zero tax on dividends–so it can make a lot of sense financially for Indians.”

“This makes it especially appealing to wealthy Indians who tend to live with large families and have family-run businesses,” he said.

The Cyprus citizenship-via-investment has been popular with millionaires from other countries for several years now, and it is understandable why more and more wealthy Indians are keen to avail of it too.

But just last month, the Cypriot government announced that it will limit the number of naturalizations of investors to 700 a year, starting this year.

It will be interesting to see how this policy update will impact the aspirations of high net worth Indians wanting to relocate to Europe. Perhaps it will make Cypriot citizenship even more desirable.